In this contemporary thriller, National Book Award Finalist and New York Times bestselling author Paolo Bacigalupi explores the timely issue of how public information is distorted for monetary gain, and how those who exploit it must be stopped.

Everything Alix knows about her life is a lie. At least that’s what a mysterious young man who’s stalking her keeps saying. But then she begins investigating the disturbing claims he makes against her father. Could her dad really be at the helm of a firm called The Doubt Factory that distorts the truth and covers up wrongdoing by hugely profitable corporations that have allowed innocent victims to die? Is it possible that her father is the bad guy, and that the undeniably alluring criminal who calls himself Moses–and his radical band of teen activists–is right? Alix has to make a choice, and time is running out, but can she truly risk everything and blow the whistle on the man who loves her and raised her? 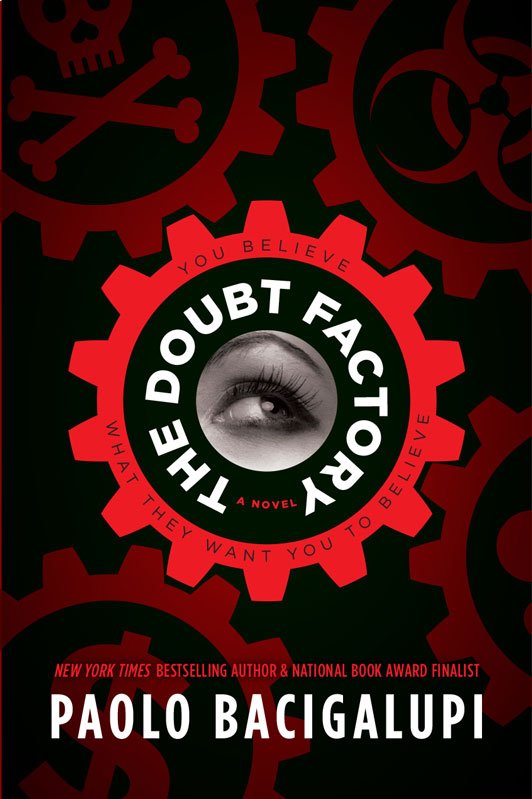 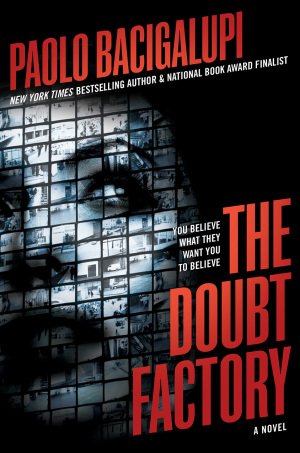